Once upon at time there was a 40-something year old man who used to be really fit but hadn’t exercised in years.

He knew he needed to fix this problem not only for himself but for his young family but just didn’t have the motivation to do it.

Seemed too HARD to do, even just to start it!

So he contacted Hurley Fitness, desperate to turn things around.

Well Hurley Fitness are experts at helping people who are overwhelmed with life and need to take back control of everything.

So he made the move!

Within two weeks he was feeling more toned, fitter, happier, more driven in his work, more confidence oozed from every pore.

He had loads more energy and was making better food choices which made him even HAPPIER.

AND he was still able to enjoy certain things (stuff he thought he would have to banish) like beer!!

He was glad he finally made the DECISION to snatch back CONTROL within his life.

He was particularly pleased because people told him:

But …… he knew this had happened for MANY years and he had done NOTHING and this was just another cycle that was doomed to bring him back to the same place…….

He knew that by taking that brave step to start NOW!!!!! He would be many weeks ahead of the game when gloomy January rolled around … again!

Now 2017 is looking brighter and January holds in fear in his heart.

For Hurley Fitness has taught him that ACTION is what creates CHANGE.

And once ACTION has begun, it creates MOMENTUM that carries you along and grows like a big snowball.

Until the snowball grows into a monstrous, huge ball of STRENGTH, CONFIDENCE and LOVE for one’s health and body.

He was happy, loving life, loving increased confidence and bursting with excitement to make even more improvement.

And everyone at Hurley Fitness lived happily every after, AMEN.

This is a humorous twist on a conversation I had yesterday.

A chap TOOK ACTION this month, DESPITE everyone asking “WHY???”

“Too close to Christmas” garbage.

He can enjoy the festive season MORE
Can enjoy the excessive eating and drinking it brings
Will hit the New Year, fitter, stronger and more motivated than ever!!

Not WAITING, pushing the problem AGAIN into the future, where it NEVER gets addressed.

He knew he’d have an excuse in January.

– I don’t feel very fit, what’s the point in starting?
– Too cold
– Too dark
– I’ll wait til the nights are shorter
– Gyms are too busy
– No money left
– And so on (there are millions)

So have a think:

ARE YOU READY TO TAKE ACTION AND CHANGE THE THINGS YOU STRESS, WORRY, COMPLAIN ABOUT?

The things that make your life that little bit unhappy?

OR ARE YOU ALREADY PUSHING THINGS INTO THE DISTANT FUTURE (AGAIN)????

The ONLY thing stopping you NOW getting the things you say you want or dream of, is ….. YOU. 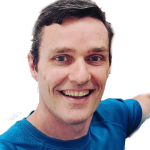 Nutrition Knowledge Is Rarely The Problem

Nutrition Ain't About Nutrition. It's About YOU. "What do I need to eat?" Probably the most commonly asked question (to us) when someone decides they're going to get themselves sorted, start afresh, do things right this time. Thing is, everyone knows exactly what to... 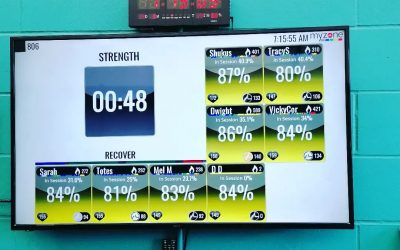 Why We Don’t Do “Weight Loss” Calls

Turn Up, Do Your Best, See Your Efforts, Feel Good. We help our members stay accountable using a heart rate monitoring system. We feel this is the best way to keep our people motivated. We don't think the weekly "how has your nutrition been?" accountability call works... 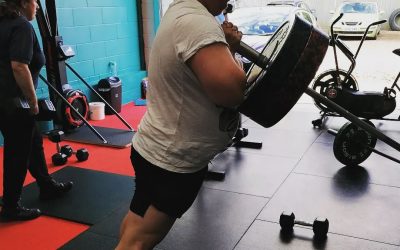 A Little About Our Ethos …..

Forget Looks. Feeling Is Better, Trust Us. A little bit about our ethos.... We all remember our 20's, possibly 30's, when life was easier. Maybe pre-kids? Single? Less responsibility. Our fitness usually revolved around needing to look good, for the pub at the...